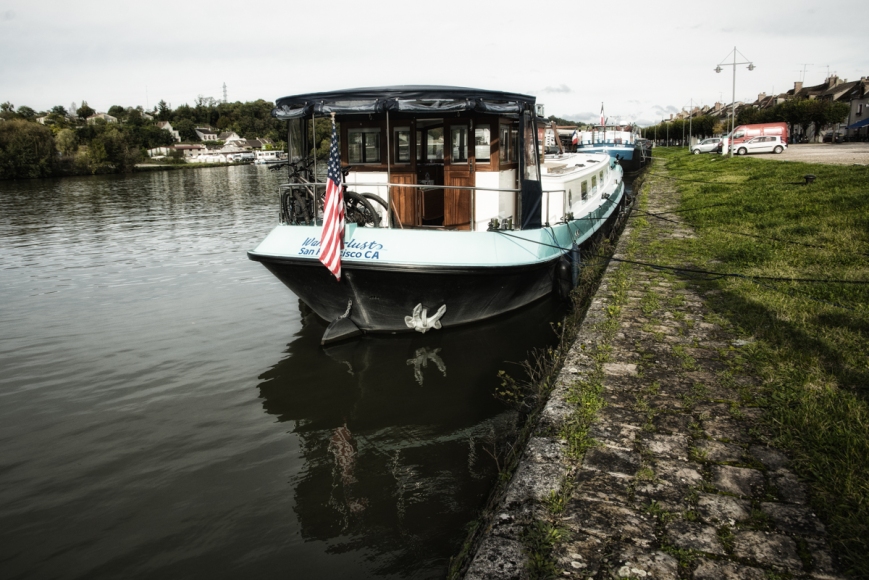 By river it is 43 km and three locks from Melun to Montereau-Fault-Yonne. It is an easy one-day cruise that at our usual pace took two days to do. In between we had our final overnight stop on the Seine in Saint-Mammès, a popular stopover for the commercial barges.

At this point we were firmly on the homestretch. If we pushed hard we could make it to our winter mooring Auxerre in just a few days. But there was little chance that we’d go faster than we needed too. Indeed, though perhaps not as scenic as the Marne, the communes along the Yonne are every bit as historic. The Yonne is not a waterway to pass by quickly; we would take our time moving up river.

The confluence of the Yonne and the Petite Seine occurs in the village of Montereau-Fault-Yonne. Together the two rivers combine to form the Haute Seine that then works its way to Paris. Curiously, the Yonne is the larger and arguably more historic of the two rivers at the confluence. In fact a case can be made that the river that flows through Paris is more rightfully called the Yonne than the Seine. Imagine it, lovers in Paris could today as easily be strolling along the Romantic Yonne rather than the Romantic Seine.

A large commercial enters a lock on the Seine.

At Montereau-Fault-Yonne we took the right fork onto the under appreciated River Yonne. Just past the confluence we moored for the night at the convenient floating pontoon on the right bank. Ahead of us on the Yonne was a particularly pleasurable and interesting stretch of water. Also ahead of us were some of the biggest challenges of our journey from Calais to Auxerre.

With its wheelhouse lowered, a large commercial heads up the Petite Seine in Montereau-Fault-Yonne. 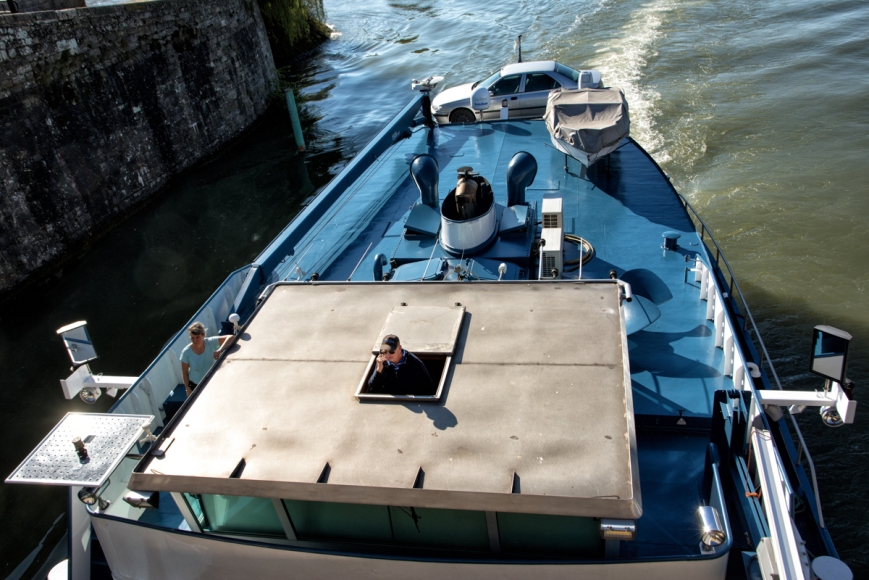 With the wheelhouse lowered, a captain keeps a lookout through a roof hatch.

We moored using the fixed bollards on the left bank just above the junction with the Canal du Loing. There were service pontoons in the area where we moored but it was not clear whether they worked. 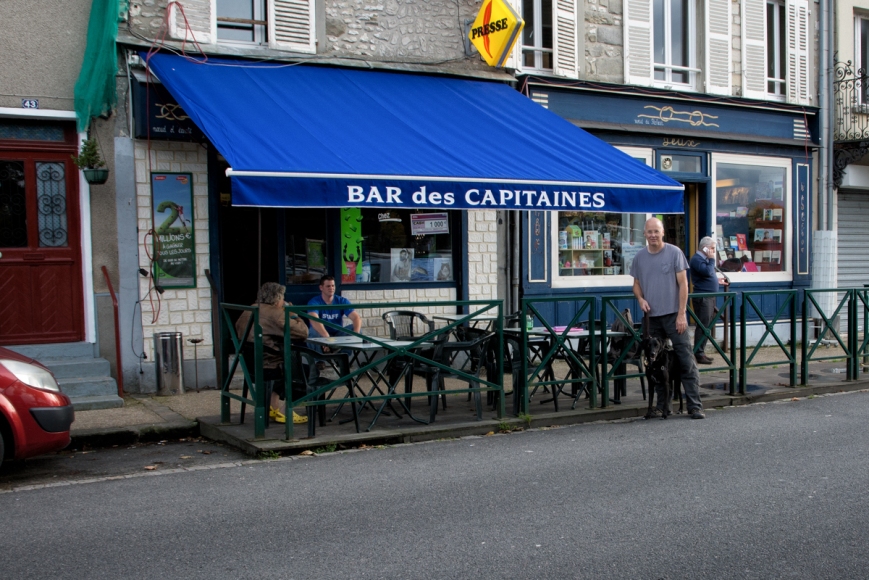 Les capitaines head to their bar in Saint-Mammès.

Montereau-Fault-Yonne is 14 km and one lock from Saint-Mammès. On the Yonne, just past the bridge on the right bank, is new-looking floating pontoon. This is where we stayed. There are service bollards at the pontoon but in the middle of October the power and water were off for the season. Perhaps if we had a serious need we could have tracked someone down to turn them on but it didn’t seem to matter much to us as we were just passing through.

The Yonne River, the last waterway of our journey to Auxerre 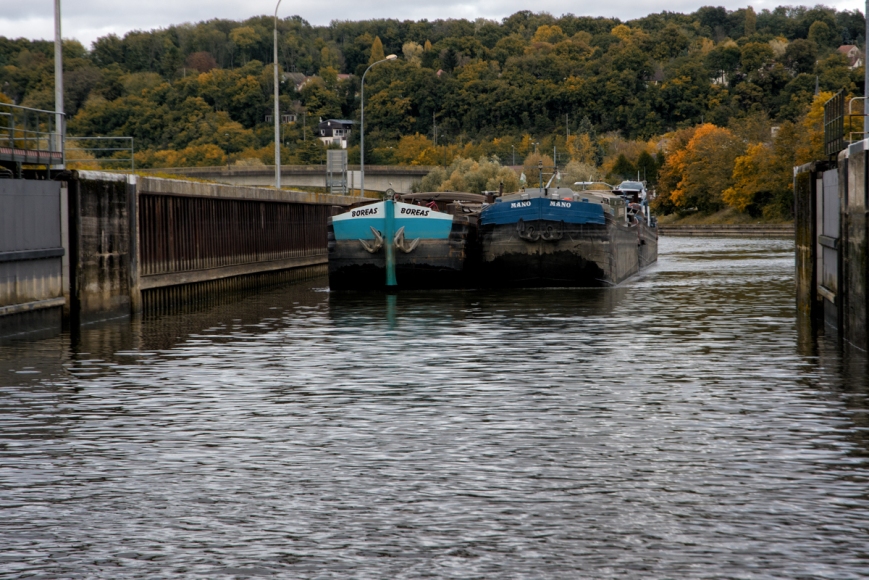 Four 38 x 5 meter barges rafted together entering a lock. There’s plenty of room left after they come in.

One thought on “The Seine to the Yonne: Melun to Montereau-Fault-Yonne”