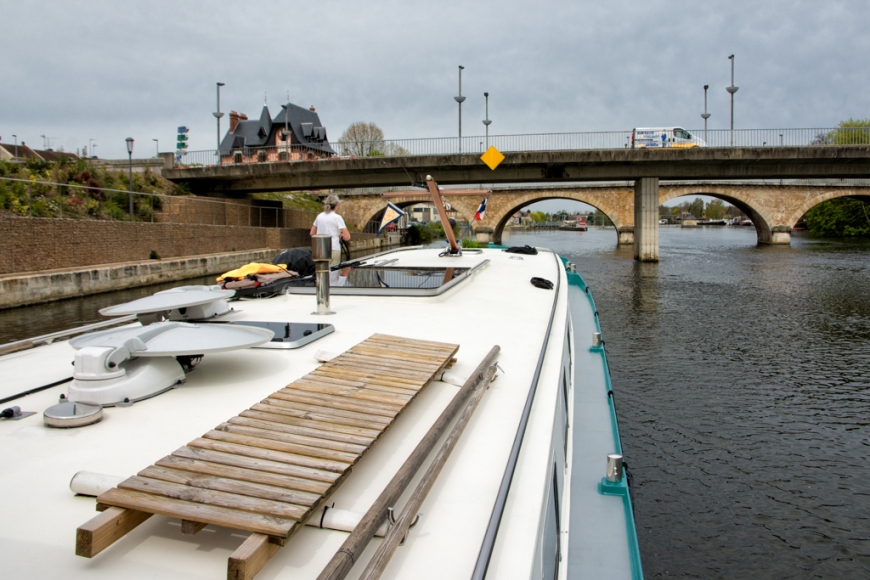 For many reasons, updating this blog during the cruising season is a challenge. Instead I’ve chosen to do the updates at the end of the year. More details of our stops will follow. For now I’ll begin with an overview.

Our season was eventful. The water shortages and canal closures on the Vosges and Burgundy forced us to take a longer route than expected. In the end we traveled 2,295 km including 734 locks. Distance-wise, the actual route was 50% longer than the original plan. Wanderlust’s engine ran 501 hours. Along the way we saw many interesting things, made many new friends, and encountered too many issues on board.

The canal closures we could cope with. The numerous problems on board Wanderlust were much more of a challenge. Most troubling were the leaks under the cabin’s floors. With no way to look beneath the hardwood we couldn’t see that sewage, antifreeze, and diesel fuel had been pooling in the bilge since launch. With Piper Boats largely unresponsive and uncooperative, we were left to deal many of these issues on our own. Weeks of aggravation and numerous delays darkened an otherwise wonderful journey. Indeed, as we left Wanderlust at the end of the season, many of these issues remain. We dread having to deal with Wanderlust’s problems when we return in the spring of 2016.

A lock on the Yonne

There’s something to be said for buying a newer barge that has finished its shakedown or a well cared for older barge. Though old boats come with old problems, new boats come can come with new problems. In our case, the number and scope of these issues has been overwhelming. Wanderlust’s shakedown never seems to end.

Putting aside the boat issues, our cruise through France was pleasant. At the start, we headed down the Yonne to the Seine retracing the route that we finished with in 2014. From the confluence of the Yonne and the Seine in Montereau-fault-Yonne, we turned downstream towards Paris until we reached St. Mammès. At Saint-Mammès we moved off the Seine and onto the Loing River.

When they are there, floating pontoons on the Yonne make things easy.

When we left the river in Moret we started on the attractive “Bourbonnais Route”. The Bourbonnais Route consists of four canals, the Canal du Loing, the Canal de Briare, the Canal lateral a la Loire, and the Canal du Centre, that link Saint-Mammès on the Seine to Chalon-sur-Saône on the River Saône. With the rivers flooding behind us it was good to get to the controlled waters of the canals.

Five weeks later the floods were forgotten as we reached the Saône River. Indeed, by the time we left the Saône a week or so later and entered the Canal Entre Champagne et Bourgogne Northern France was in the midst was a long stretch of hot and dry weather. The challenge had quickly shifted from dealing with too much water to planning for too little water. When we learned that the drought would likely force the closure of the summit of the Burgundy Canal we started considering alternative ways to get back to Auxerre.

At the same time, it looked certain that the Arzviller inclined plan on the eastern segment of the Canal de la Marne au Rhin would soon re-open after lengthy repairs. After some consideration, we changed our route plans. Rather than returning to Auxerre via the Burgundy Canal we decided to do an out and back to Strasbourg via the Marne-Rhine Canal. At some point we wanted to take Wanderlust to Strasbourg. “Some point” would happen much sooner than expected. After Strasbourg we’d head back to Auxerre via the Marne. 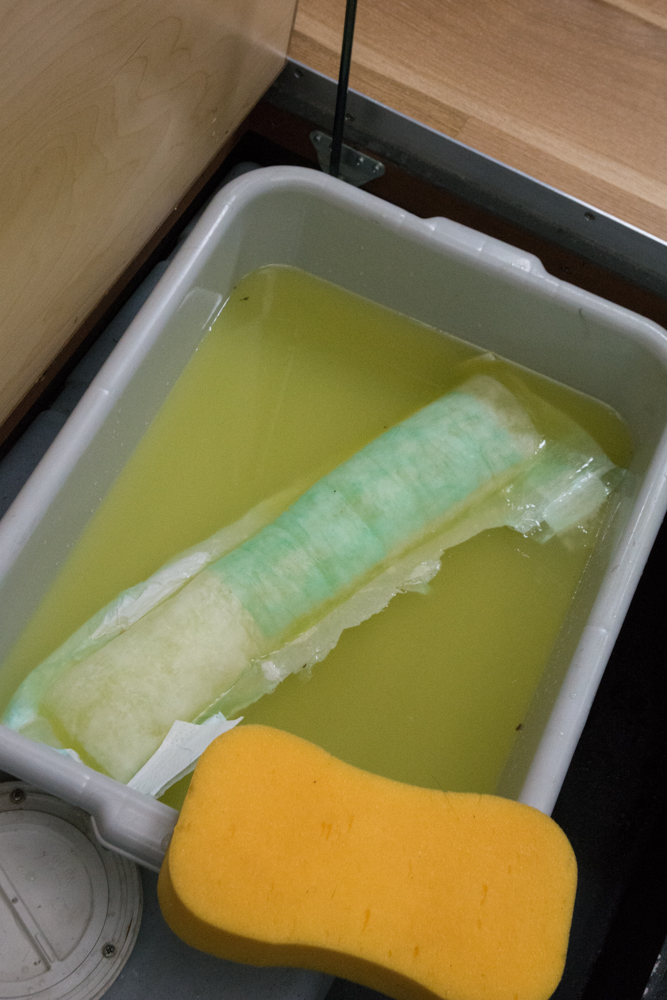 One of the many pans of water we removed from Wanderlust’s bilge.

The route from the end of the Entre Champagne et Bourgogne in Vitry-le-François to Strasbourg includes the eastern and western segments of the Marne-Rhine canal together with a connecting stretch of the Moselle River. With a couple side excursions to Ay in Champagne country and Luxembourg this is the route we traveled.

Of all the waterways we traveled in 2015, the eastern portion Canal de la Marne au Rhin was our favorite. The countryside along the canal is idyllic and the Arzviller inclined plan and the Réchicourt lock, the deepest lock on the Freycinet system, are must see sights for waterway travelers. It is not a surprise that the Marne-Rhine East is so popular with hire boaters.

Once we reached Strasbourg we had only a few days in the great city before it was time to start on our way back to Auxerre. Initially, with guests aboard, we backtracked to Nancy and Toul at a casual pace. At Toul the last guest of the season departed and another major under floor plumbing leak was repaired. With scheduled lock closures ahead on our route we had to move fast or risk being blocked from reaching Auxerre.

After nine long cruising days we made it from Toul to Meaux on the lower Marne. At this point the threat of being caught behind a closed lock had passed. On the same route that we finished 2014 with, we had favorite places to stop at along the way. Traveling the Marne, Seine, and Yonne we reached Auxerre on the 14th of October, a few days ahead of the work related navigational restrictions on the upper Yonne.

Wanderlust was back at her homeport. It was now time to start preparing for winter. Unfortunately the season ended as it began. We discovered even more leaks on board.