An audience watches as Wanderlust descends.

When Wanderlust reached the top of the Écluse de Réchicourt-le-Château she entered the 33 km-long summit pound of the canal de la Marne au Rhin (est). Heading west to Strasbourg and the Rhine River, she left the Sarre and Moselle drainages behind. After an overnight stop at PK 239, and a little more mopping up from the latest bilge flood, we were on our way. This day we’d pass through two more tunnels before descending on the infamous Saint-Louis-Arzviller inclined plane.

The inclined plane at Arzviller is a relatively recent creation. Until 1969 the canal descended from its summit to the base of the boatlift on a cluster of 17 locks. The locking process was time and labor intensive. It took a full day for a barge to transit the locks. As a result it was decided to construct a large mechanical device to move the barges up and down the hill.

The principles behind the Arzviller inclined plane are simple. A cable and pulley system links to two massive pig iron counterweights to a large caisson filled with water. Because of the counterbalancing system, it takes relatively small electrical motors to move the chamber. (And due to Archimedes Principle, the weight of the chamber remains the same no matter how many or how heavy the barges it holds are.)   Once the water chamber reaches its extremes, gates unseal allowing boats to move in and out. What before 1969 used to take a day to accomplish now takes less than 20 minutes from start to finish.

It is an ingenious solution to the age-old challenge of getting a boat up and down a hill. And for the most part it works well. Indeed, during the peak of the hire boat season, the plane at Arzviller runs at near full capacity, just as it did at the height of its commercial use.

A hotel barge moves up the Arzviller Inclined Plane 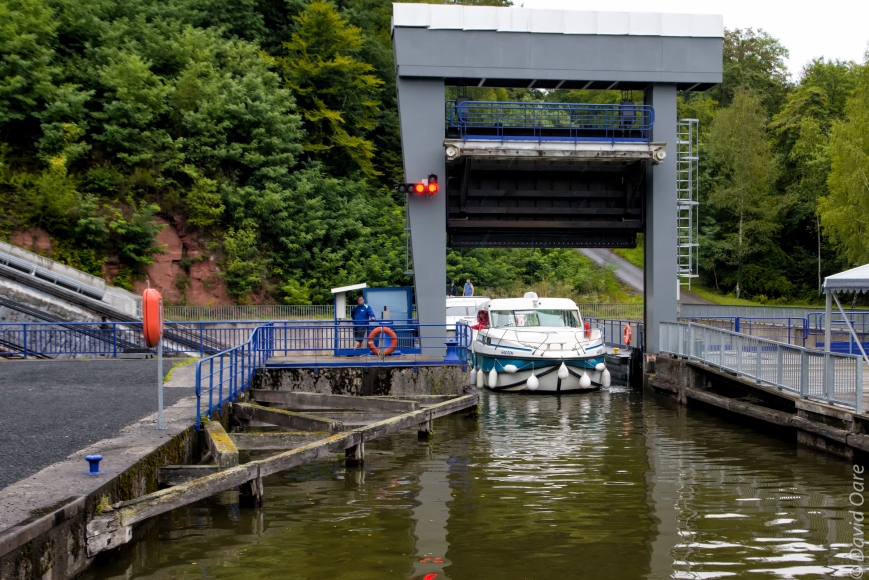 The gates are open at the bottom and a hire boat leaves the chamber.

That’s not to say there have not been problems. In July of 2013, the water chamber suddenly moved as the day trip barge “Paris” was entering from the top. The tour boat was jammed into the gate allowing a flood of water to escape into the valley below. In the worst-case scenario, a complete failure of the upper gate at Arzviller would be a disaster. With nothing to hold the water back, the entire 33-kilometer summit pound of the Marne-Rhine East would drain into the narrow valley below flooding the low-lying areas.

Ten months after the July 2013 accident, the inclined plane was repaired and reopened to navigation. It did not stay open long. A little more than two months after resuming operation, the Arzviller lift was closed indefinitely when damage to the water chamber was detected. This second closure ended shortly before Wanderlust arrived on the 21st of August 2015. Indeed, soon after we learned that the lift would likely open we re-planned our route so that we could visit it. Apparently we were undeterred by the Arzviller Inclined Plane’s previous problems. 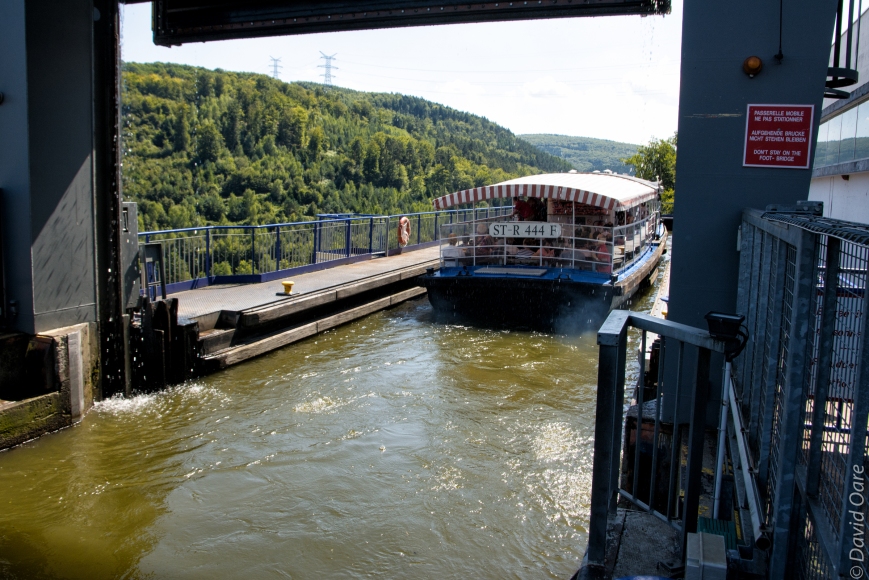 A tour boat enters the chamber at the top. 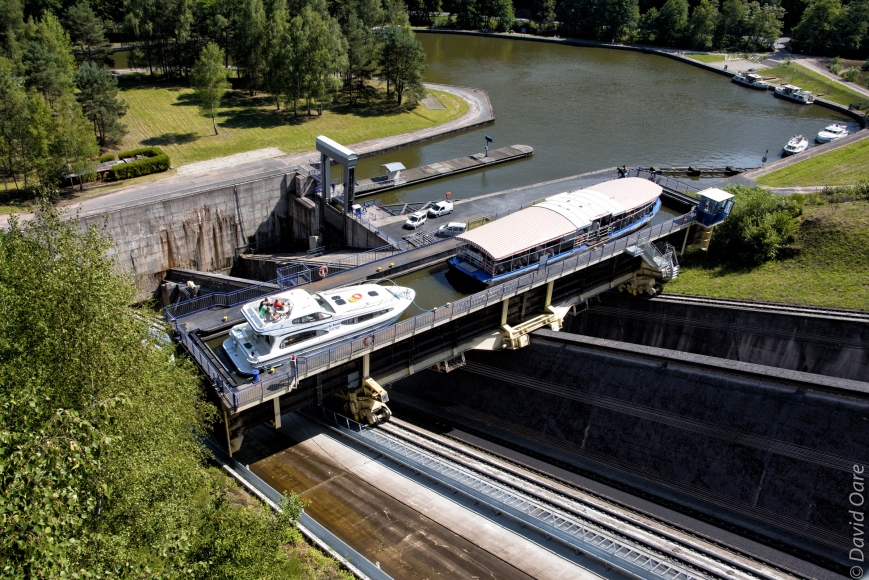 A day trip boat and a hire boat heading to the bottom.

Besides being an important navigational link, the Arzviller plane is a popular tourist attraction. When we passed through there were many visitors milling about the upper deck. Indeed, it is claimed that inclined plane is the most visited site in Lorraine. We had to wonder: Did some of the visitors come to see if another boat, perhaps even Wanderlust, was going to get caught in the gate?

(Wanderlust used the Saint-Louis-Arzviller inclined plane on 21st of August and the 1st of September 2015.)

Looking up from the bottom

A gate closes off the lift from the lower pound.

Wanderlust secured at the top. 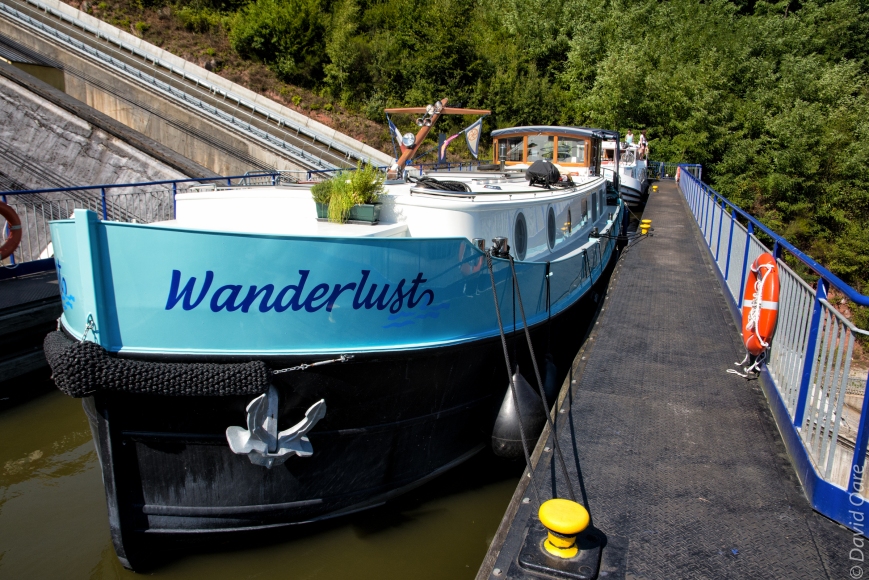 Wanderlust nearing the bottom of the lift