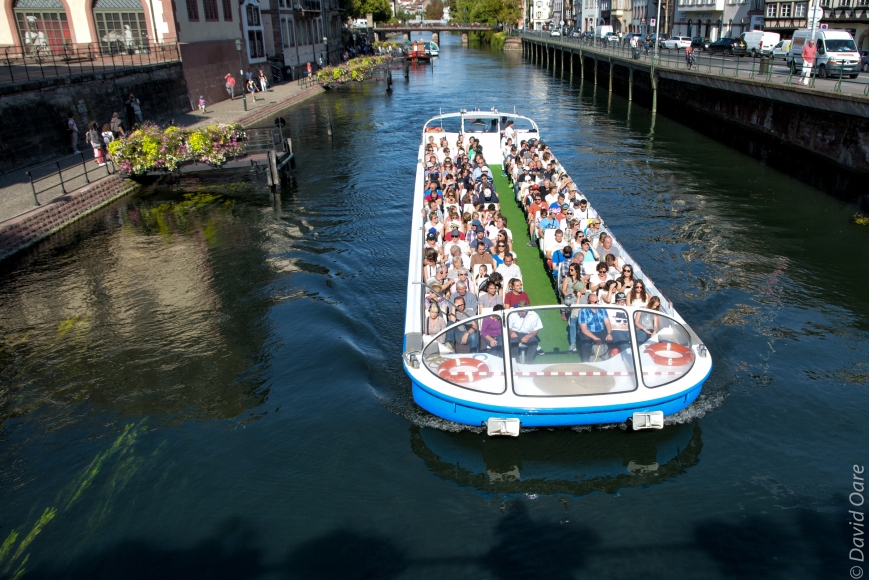 Private boats are not allowed into Strasbourg’s center but tour boats are.

When Wanderlust reached Strasbourg on the 25th of August it marked the extreme of her cruising range for the 2015 season. From Strasbourg we’d travel only waterways we had been on before on our way back to our starting point in Auxerre. In this sense, Strasbourg was the destination for 2015. And as well it should have been. UNESCO World Heritage designated Strasbourg is a very interesting and photogenic city.

(It is 57 kilometers and 30 locks from Lutzelbourg to Koejac’s marina in Strasbourg where Wanderlust spent four nights. In between we moored in Saverne and in the forest near PK 297.)

Saverne on the way to Strasbourg 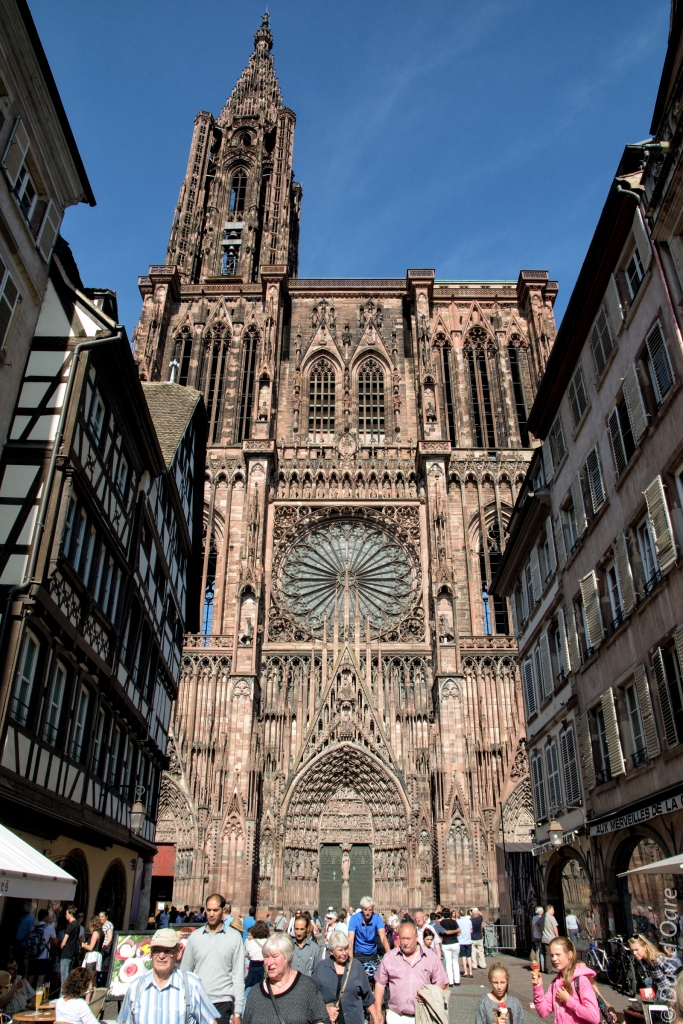 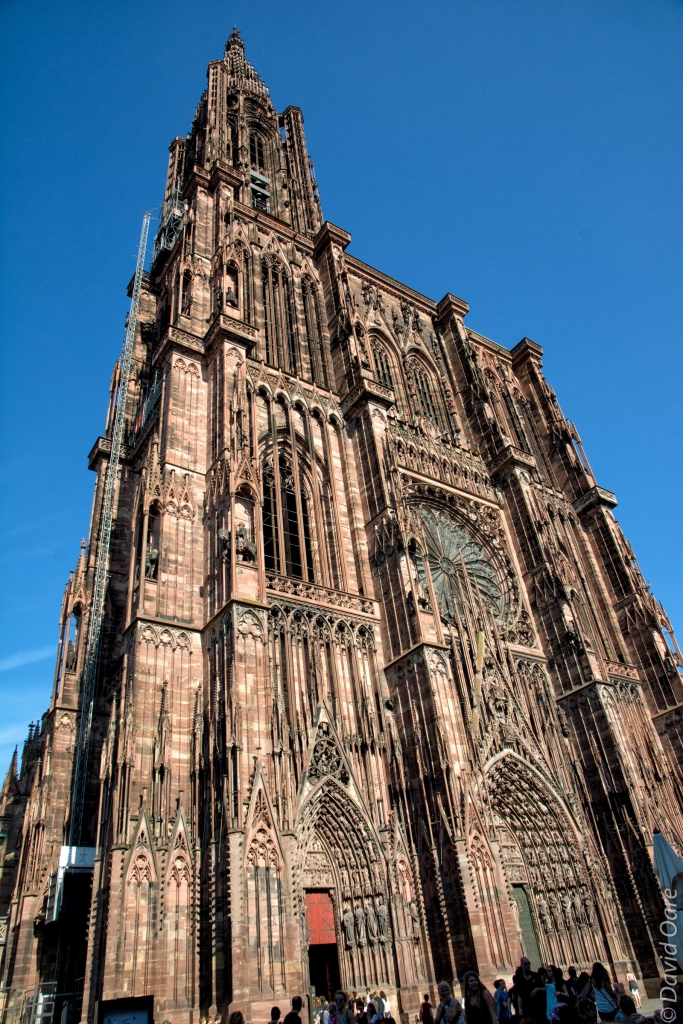 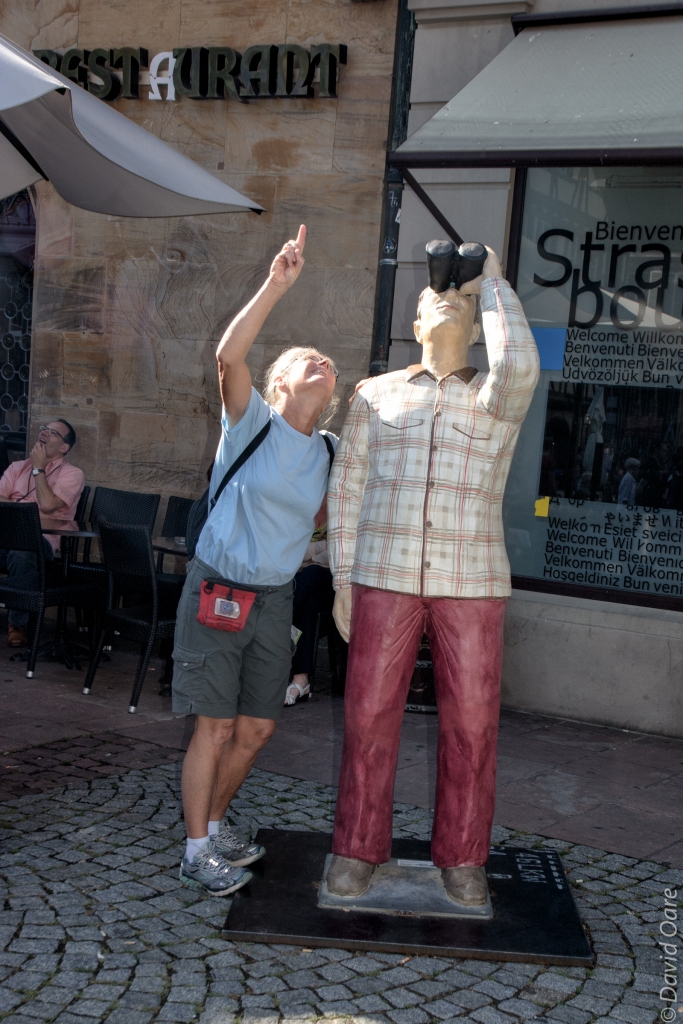 Checking out the details on the cathedral

One thought on “Strasbourg”