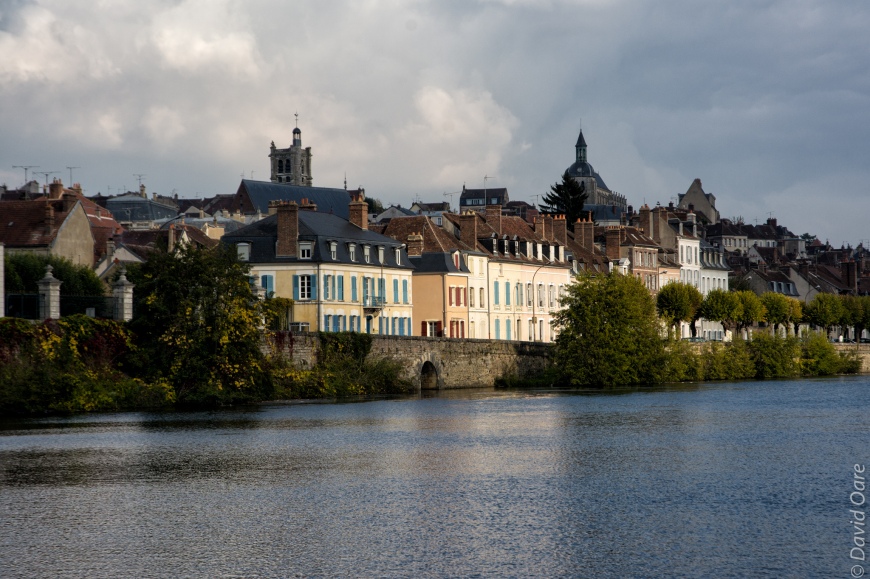 The route between Melun and Auxerre has become a well-worn path for Wanderlust. At the end of 2015 she made her third trip on this segment of the Seine and the Yonne. Novelty of the new places has been replaced by the comfortable familiarity. In the towns we know where the restaurants, the markets, and all of the other important stuff for day-to-day living is located. We just settle in and take in what the town has to offer. There’s no longer any stress in finding things. 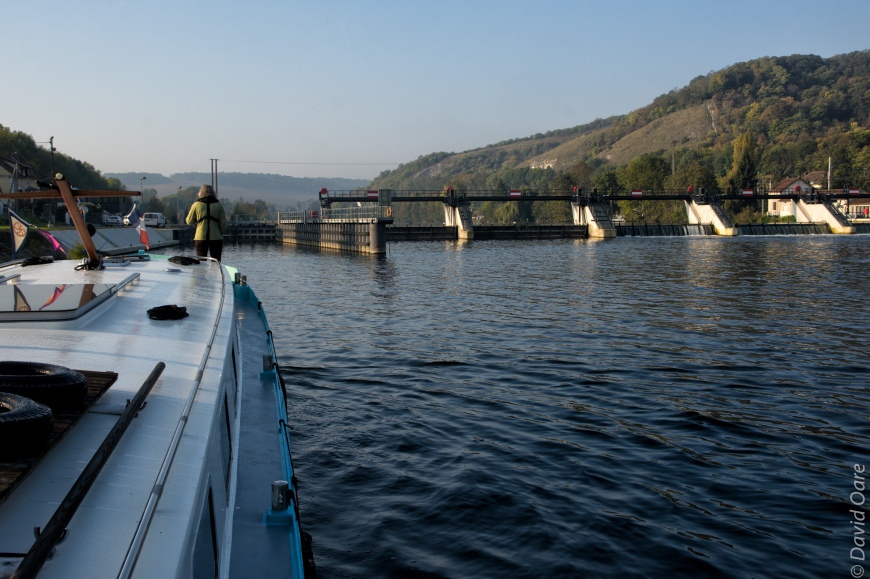 Approaching a lock on the Yonne 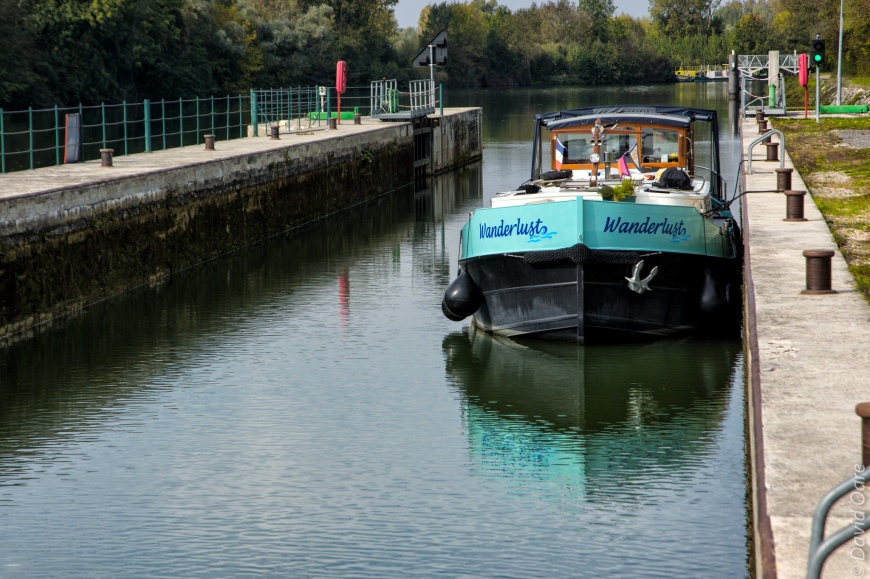 Locking up on the Yonne

But the absence of water came with an unexpected consequence; we could now clearly see that we had diesel fuel pooling in the bilge. When we first detected diesel in this area, under our guestroom closet, we had only seen the film of diesel on the surface of the wastewater and smelled the odor. Now there was a pool. Diesel was coming into the keel wasn’t just some forgotten hard to explain spill from the build; the fuel was actively coming in.

The growing pool of diesel fuel that was forming on the port side of the diesel tank assembly was not the only diesel we’d seen under the living area. We’d also seen evidence of diesel on the starboard side of the bilge. This time the diesel appeared as a film and smell on the starboard side of the wine cellar/access compartment. The film came up on the top of the periodic floods of wastewater that came forward from stern with the wastewater leaking from the gray water system. There was a source of diesel somewhere between the cellar and the engine room firewall. With no access, there was no way to see the source or even to guess the size of the problems. 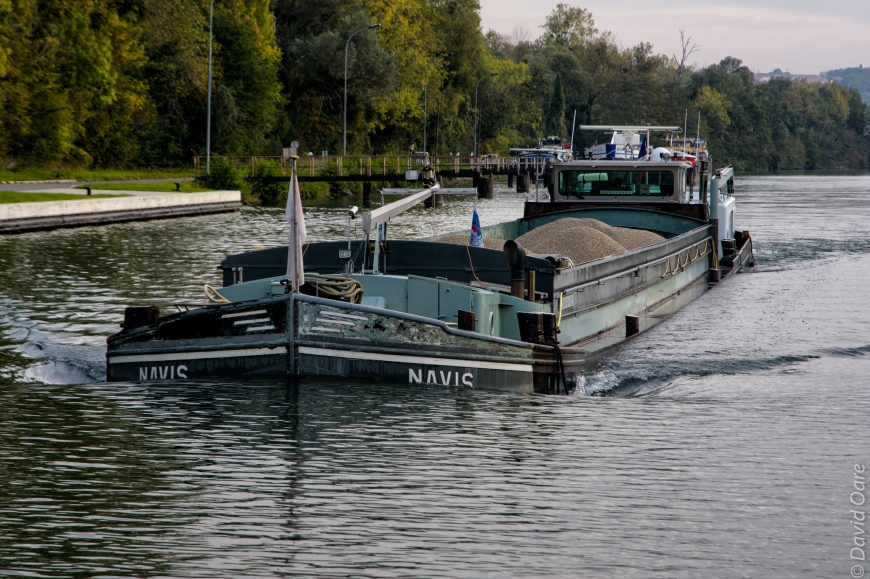 Was the fuel in the compartment saloon and in the keel box below the guestroom closet on the port side seven meters away coming from the same source? We had no way of directly telling. There was no way to see into the bilge or to the sides and connections to the fuel tanks. Access to the bilge was something we explicitly requested prior to the build contract signing. Yet when Wanderlust was delivered she had just one place where the bilge was readily accessible, the wine cellar storage in the middle of the living area. Indeed, the access to the bilge was so bad that the builder cut a hole in the floor of Wanderlust’s guestroom closet to see the sewer water in the bilge.

The lack of access to the bilge is Wanderlust’s Achilles’ Heal. Diesel fuel, antifreeze from the central heating system, black water, gray water, and freshwater have all made it to Wanderlust’s wine cellar from seven different sources. If we could see under the floor the problems would have been easy to diagnose and fix. But we couldn’t see. As a result each new appearance of fluid bilge was a nightmare of uncertainties. Each new appearance of liquid in the bilge would lead to another round of experiments and forensic analysis to attempt to identify the source logically. And each new appearance of fluid in the bilge came with the specter of more destructive repairs. 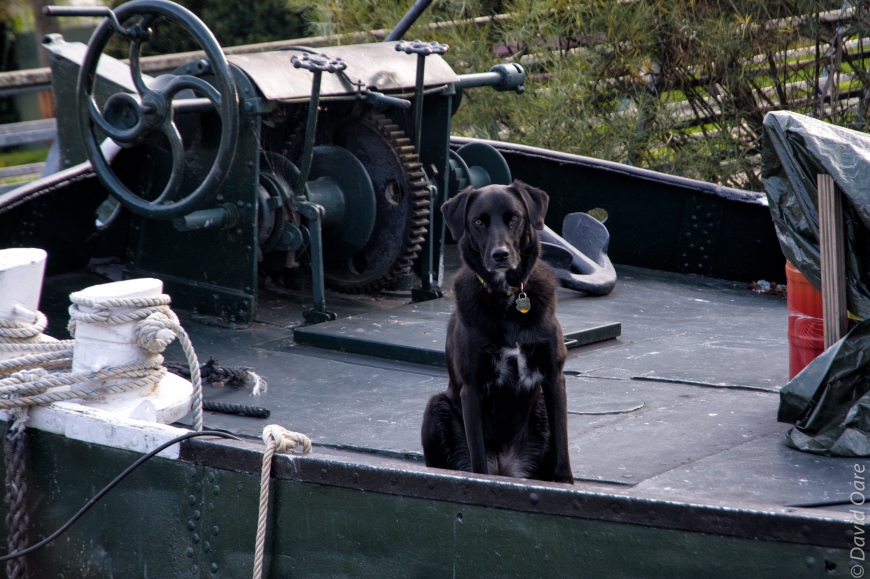 Gigi likes the barge moored next to us better.

Somewhere on the Yonne I found a picture that I took during the build that helped diagnose what was happening. From these pictures I could see that the white and red diesel tanks formed a continuous port-starboard barrier from the engine compartment firewall to the stern end of the wine cellar. The only way that any fluid in the bilge on one side of the boat could get to the other side was through the wine cellar, the only place we could monitor. This explained why the sewer water came forward only on the port side when the pipe detached.

As a consequence of the port-starboard bilge divide we could be certain that the fuel seen pooling in an isolated spot on the port side of the bilge near the stern could not be from the same source as the diesel we saw into the wine cellar on the starboard side. It had to be from a separate source. There was now good evidence that there were two sources of diesel fuel in the bilge. Quite frankly we’d rather have seen another sewer pipe leak, as gross as that is. It would be easier to fix. 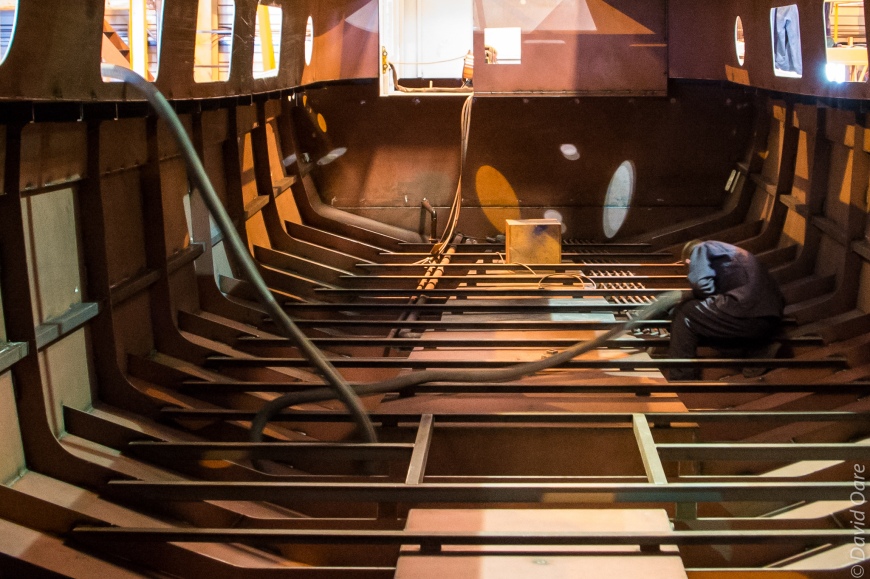 And Wanderlust’s problems got worse. We added fuel in St. Mammes and carefully monitored the fill rate at a pump that is known to be slow. Using a stopwatch while tracking the meter on the tank, we could see that we were filling at a constant rate of 23L/min. As usual we stopped the pump at the first sound coming up from the fill pipe. Seconds later, also as usual, a foaming mass of diesel emerged from the filling port. This blowback has happened every time we’ve filled with diesel no matter how slow we tried to fill. It makes a mess. We have found no way to avoid it. Though we reported the problem to the builder early on there was never a response, never a request for more information, never an attempt to mitigate the problem. 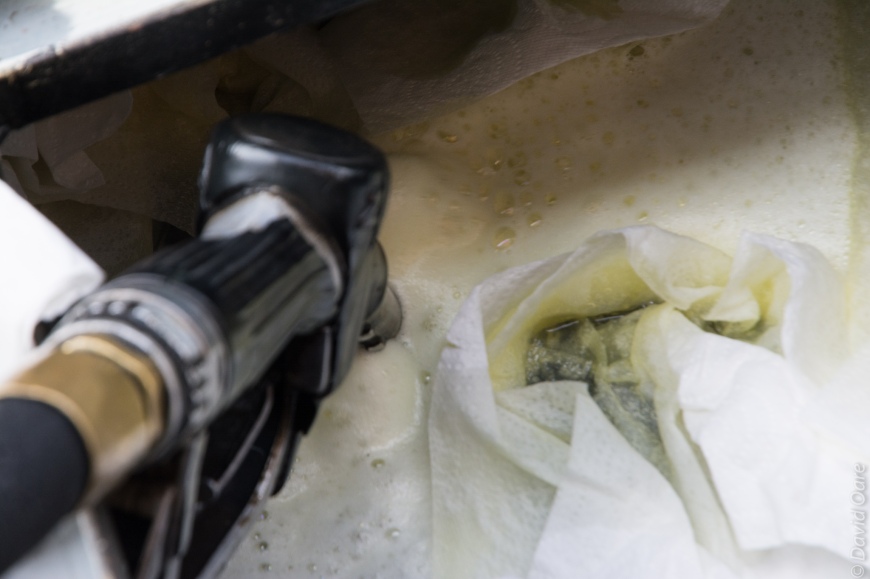 The mass of fuel foam that comes from blowback

What we hadn’t realized before St. Mammes is that the foaming diesel fuel goes almost immediately into the water. Inside the fuel locker, two inches away from the fill point is a drain that leads directly to a hole in the outside of the hull and to the water. This arrangement is not an accident; spilt fuel is supposed to drain away from the boat. Nevertheless the location of the drain creates a problem. Each time we’ve filled Wanderlust’s tanks with fuel we’ve seen blowback. Each time there was blowback the fuel went into the drain and then into the water. Now we realized that the diesel we always saw in the water as we filled with fuel was coming from Wanderlust. We were just lucky to have never received a serious environmental fine. 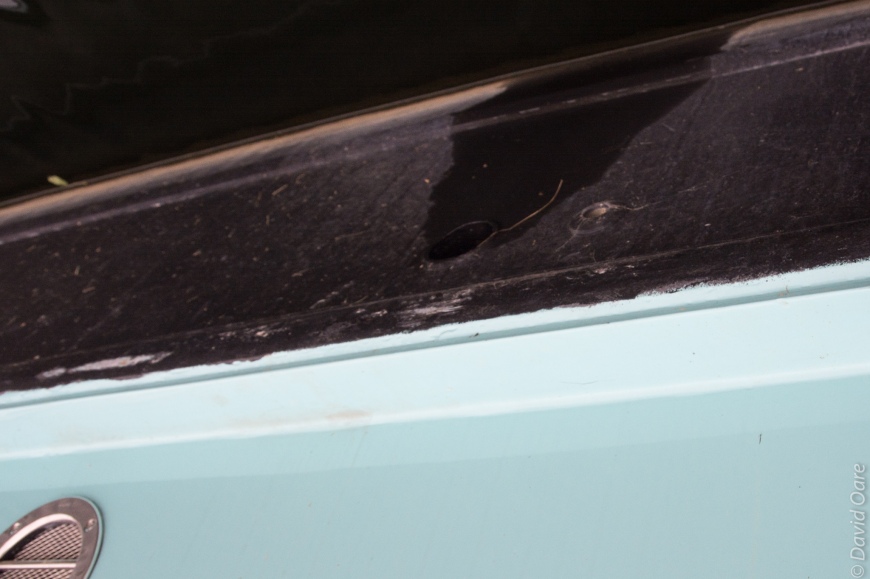 Residue of the fuel overflow on the side of the boat

The blinders were off now. We were no longer comfortable that Wanderlust was built to a reasonable standard. Now we started the process of looking back at the other things we had reported to the builder before we left the UK but had not been addressed. We also started the process of scrutinizing the build standards. It was a painful but revealing process. 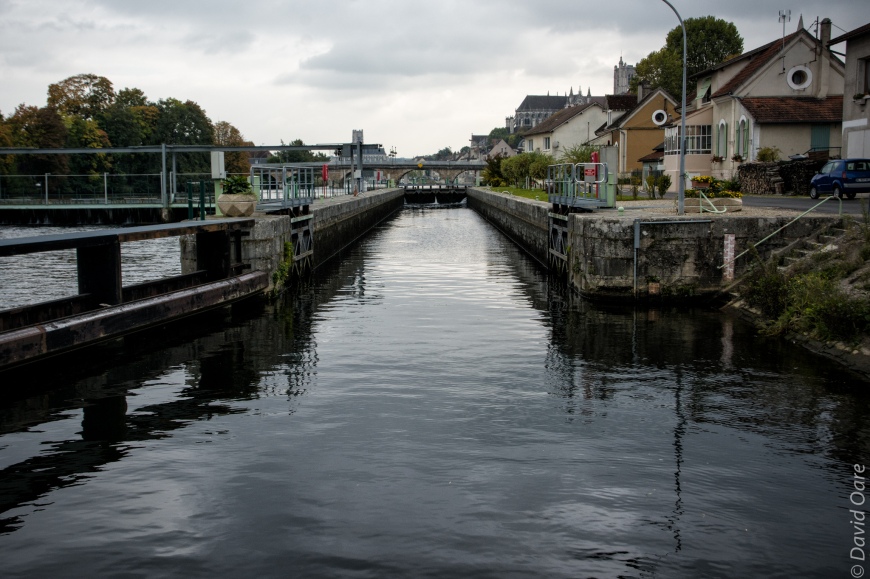 The last lock of the season

5 thoughts on “Return to Auxerre”